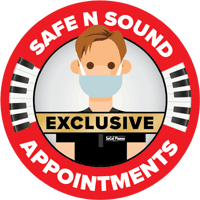 Some questions just don’t have definitive answers. Such as: do aliens exist? And how about this beauty: if a tree falls in the woods and no one is there to hear it, does it really make a sound? Those are both humorous examples of questions that really do not offer verifiable answers. In the SoCal world of everything revolves around pianos, another question that may not have a definitive answer is this: Which piano is better for a beginner, a Yamaha or Kawai?

Before we take a look at this conundrum, let us just say that we are big, big fans of both. They are two of the premier piano manufacturers in the world and their pianos are known for their design, craftsmanship and the wonderful music they produce. But there are differences between the two, so let’s examine the characteristics and features of each.

The Yamaha brand is one of the most recognizable in the world, not only when it comes to pianos but for a host of other things, such as boats, motorcycles, audio equipment, etc. They are known internationally for producing high-quality products, with top-notch craftsmanship and standards.

Despite not having quite the same brand recognition around the globe, Kawai is considered right alongside Yamaha as one of the top piano manufacturers in the world. Interestingly enough, Kawai’s founder, Koichi Kawai, was an apprentice to Torakusu Yamaha and worked for the company until leaving in 1927 to form Kawai.

Like we said at the outset, you can’t go wrong with either of these piano giants. Choosing between the two often comes down to playing them for yourself and deciding which one sounds better. This is particularly crucial for beginners, who are more apt to embrace playing and building their work ethic on a quality Yamaha or Kawai piano. Call us today to schedule an appointment at our Ontario, CA or Palm Desert, CA showrooms to check out what we have to offer.